I should need to remind you what happened when the Weimar system collapsed, and it did so in an environment of much stronger left opposition than currently exists across the west. Fascism is far more likely than any idea on the left, followed by ww3 waged against the enemies of the existing system. I’m really not confident in what will emerge after the nuclear hell.

My issue is that as soon as you do any successful geoengineering the incentive to change the economic system and problems inherent to it go away. They will burn everyone in the global south and save the global north with geoengineering and call that a success while continuing with the system that made that happen.

I’m sure this bullshit will have no unforseen repercussions.

Nice nice, this was annoying.

link
fedilink
Lenins2ndCattoasklemmy@lemmy.ml•Does anything justify stripping someone of their citizenship?
link
fedilink
4•3 Monate

If a US citizen is accused of being a spy and their citizenship is stripped, what stops Russia from granting them a citizenship and using international law to attempt to get them free on the basis of human rights abuse against a Russian citizen?

The government turning around and just saying “nah mate”. Something they absolutely would do in that scenario.

Laws only matter up until they conflict with strategic interests, then they stop giving a fuck.

Not much evidence of russian troop captures, deaths or armour taken/destroyed in this “offensive”. Kinda makes me think Russia just abandoned the area and let Ukraine take it with no real losses. This stands out compared to the repelled Kiev offensive North West of Kiev many months ago where we had a lot of content come out showing destroyed russian armour, captured troops etc.

Occupying land does not by itself achieve very much if your opponent does not fight for it.

I am very concerned for the civilians of these areas who were being told by the Ukrainians as the Russians took the area that if they accepted supplies, aid or the Russian occupation they would be treated as enemies of Ukraine. They are probably in significant danger now.

Holy shit he’s changed the colour of his tshirt

There are other communities that are suitable to lemmy as well that exist in a weird legal zone, places that I’m sure reddit used to love because they bring in audiences that are usually not the typical reddit audience but then eventually felt pressure to close. /r/shoplifting was one such place. It was exactly what you think, a shoplifting community. The content there was discussion about the topic, it was populated by both shoplifters and by “loss prevention officers” as they liked to call themselves. Both sides would discuss the topic while shoplifters would post images of their successfully pulled off hordes.

This kind of thing is the kind of thing that can not exist anywhere else online but is also not going to attract fascists. Another person here rightfully criticises the danger of becoming “free speech reddit” which is what Voat became, I agree with them. It attracts the wrong crowd and that crowd is not a platform for growth.

The platform should focus on targeting the kinds of communities that genuinely can’t exist anywhere else online, use these as the “early adopter” crowd, then start hitting network-effect where this crowd of people can actually start being the population of more mainstream communities simply because they also want to share and discuss that content with each other. At that point the platform will be past the danger zone and into one where it takes on a life of its own.

I genuinely think that “edgy” is a necessary component of this early strategy. The kinds of topics and communities that have been edged out of the mainstream are fundamentally going to be edgy and making sure that the platform has the right tolerance level for that. Officially and vocally support and encourage it initially then phase out that support at a later date.

Once a decent community has built up all kinds of federation-wide things become possible. Large community events, secret santa used to be wildly popular on reddit until it got too big to run it anymore, they used to take official part in promoting protests and activist causes too. Not saying anything needs to be directly copied but building a proper picture of the growth model that was used is a good idea. There are many phases to growth and each phase is quite different by necessity.

Yeah I suspect that’s what it is. The propaganda works outside the country much more than it does inside it.

The internet is such a weird fucking place right now.

Every single British community I’m in is just wall to wall memes and jokes and people asking if this means we get a holiday. Nobody gives a shit about the monarchy, at best people think “it’s a tourist attraction and I’m ok with it as that” and at worst people want rid of it. Beyond that people do not care. There’s probably an incredibly tiny minority of actual royalists that genuinely give a shit.

Americans on the other hand are falling over themselves to hide anyone making even the smallest lame jokes about it. American liberals crying about civility and empathy while american conservatives act like offending the monarchy is deeply offensive to Britain as a nation. The two of them are pretty much an inch apart while the actual British left’s response is “rest in piss”.

Reddit cannabilised internet forums that were awkward to use and you had to sign up for each and every single one. It centralised the internet forum into something more convenient. Convenience tends to beat other things when it comes to internet platforms.

Lemmy’s best hope for growth as a platform is initially to focus on things that can not and do not exist elsewhere that people have a very clear desire to consume as a community. Many banned reddit communities can’t exist in the liberal centralised social media platforms but can exist in Lemmy’s decentralised state. Piracy is very likely going to get pushed off the mainstream platforms eventually and will move to Lemmy. There are a number of other banned communities that also exist in a space that has been shunned by liberal sensibilities but would could exist on an edgier platform. These are the most likely sources of early adopter growth.

As time goes on and early adoption starts to move into other phases, the quantity of users will enable the existence of communities that compete with more mainstream topics. This will then drive up the convenience level of the platform and bring it into parity with reddit.

At that point it will start to take on an organic direction of its own.

Unfortunately Okinawans have always been trying to close the base. This isn’t really new it’s just yet another new reason to have it closed.

Unfortunately, short of a violent uprising it’s impossible to get the base closed. Candidates have previously won on the promise of closing the base and then immediately quit their position because “it can’t be done”. Japan is America’s vassal.

Workers built the homes, just like everything else. And workers should certainly own the homes instead of landlords.

link
fedilink
Lenins2ndCattoCanada@lemmy.ml•Canada declared bestiality is legal as long as there is no penetration involved, gotta draw the line somewhere
link
fedilink
2•3 Monate 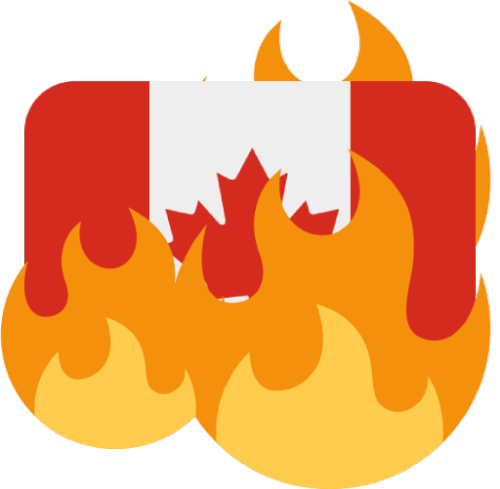 Also the guy who headed TSMC, […] is now heading SMIC

This is interesting. Anything to read on this?

That’s why the fun part happened in October.

Nice recent video of a visit to Transnistria for anyone interested.

It is a very friendly place that due to the way in which it is still operated still holds the behaviour and mannerisms of the people of the former soviet union.

Which works do you recommend to refute each point?

Why do I see different things when viewing the same post on Lemmy vs Beehaw?

Why do I see different things when viewing the same post on Lemmy vs Beehaw?