Ug. This is slightly undesirable.
Saved only by the value gained from radically open accessibleness.
A society that is gridlocked based on privacy can leave alot of people out in the cold.
Very little progress has been done to create inclusive private spaces. 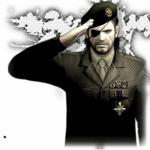 fedilink
@leanleft@lemmy.mltolemmur@lemmy.ml•lmmur 0.9.0 is out, but no source code available
link
fedilink
2•6 Tage

Jeroba wasn’t usable when i first tried it. but it has improved alot.

Google paid Activision 360 million dollars to not compete with it's app store.

external-link
The financial details emerged in a newly unredacted copy of a lawsuit that "Fortnite" video game maker Epic Games first filed against Google in 2020. It alleged anticompetitive practices related to the search giant's Android and Play Store businesses. *Epic [Games] last year mostly lost a similar case against Apple Inc (AAPL.O), the other leading app store provider. An appellate ruling in that case is expected next year.* The Google agreements with developers are part of an internal effort known as "Project Hug" and were described in earlier versions of the lawsuit without the exact terms. The remuneration includes payments for posting to YouTube and credits toward Google ads and cloud services. Google at the time forecast billions of dollars in lost app store sales if developers fled to alternative systems.
fedilink
12
external-link

Google paid Activision 360 million dollars to not compete with it's app store.

The merge window for the 6.1 release brought in basic support for writing kernel code in Rust — with an emphasis on "basic". It is possible to create a "hello world" module for 6.1, but not much can be done beyond that. **There is, however, a lot more Rust code for the kernel out there; it's just waiting for its turn to be reviewed and merged into the mainline.** Miguel Ojeda has now posted the next round of Rust patches, adding to the support infrastructure in the kernel.
fedilink
6
external-link

external-link
Measure H ties rent hikes to a fraction of inflation and creates an independent board The rent control measure is a first for Pasadena, an expensive city that in recent years has often been at the forefront of the region’s wider tensions over housing affordability and an even broader clash between state and local control over development decisions. Earlier this year, Mayor Victor Gordo was involved in a protracted dispute with the California attorney general related to the city’s response to the state housing law SB 9; after months of legal threats and tense discourse, the state authority ultimately recognized the city’s right to declare certain exemptions to the controversial law. The measure, which takes the form of a new city charter amendment, is likely to apply in full to about 25,000 apartment units in the city, representing a major disruption to its rental landscape. The measure creates a new independent rental board to oversee the program and a registry to keep track of rent-controlled apartments. For qualifying properties, it will restrict annual rent increases to three quarters of the inflation rate and implement just cause eviction protections and relocation assistance mandates. The legislative effort was financially backed by the AIDS Healthcare Foundation and labor groups and also championed by a wide umbrella of housing and progressive groups, including the ACLU, L.A. County Democratic Party, Abundant Housing LA and the Pasadena Tenants Union.
fedilink
3
external-link

external-link
Advocates are calling on President Joe Biden to sign an executive order that would tie yearly rent increases to inflation. This comes after the Federal Reserve further increased interest rates last week. Brooks-Davis and Gadley joined hundreds of other tenant rights advocates in Washington, D.C. this week to urge President Biden to sign their draft executive order that would force landlords, particularly corporations and private equity firms, to hold the line on rent increases. The proposal would cap annual rent increases at 3% or 1.5 times the rate of inflation, whichever is lower, and also apply the rule to government-backed mortgages. “We’re challenging them on every level,” Gadley said. The White House met with members from the Homes Guarantee Campaign Monday on tenant protections and rental affordability issues. “Renters deserve access to safe and affordable homes that allow them to remain stable,” Bush said. “It’s not enough just to have housing. You need to have stable housing. You need to not worry about tomorrow.”
fedilink
6
external-link

i don’t get paid enough to care about productivity.
i get the idea though.

its not wasted if you learn something

link
fedilink
@leanleft@lemmy.mltocryptocurrency@lemmy.ml•Binance Reserves Show Almost Half of Holdings Are in Its Own Tokens
link
fedilink
1•16 Tage

uncertain if they would use those tokens as collateral

Binance holds $74.7 billion worth of tokens of which around 40% are in its own stablecoin and native coin, according data shared by Nansen. The world’s largest exchange released the information after its co-founder Changpeng Zhao announced earlier this week that Binance would provide proof-of-reserves to be more transparent. The demise of Sam Bankman-Fried’s FTX.com has raised concerns over the opacity of exchange balance sheets and is prompting companies to increase disclosures. Crypto.com has also publicly shared its reserves pool on Friday. The exchange has also allocated 10.5% of its holdings in Bitcoin and 9.8% in Ether, Nansen data shows. While Binance shared details of its reserves, the dashboard does not break down how much of the assets are its own holdings, versus those of its customers. Binance did not respond to requests for comment.
fedilink
3
external-link

According to Washington insiders I spoke with, the reason behind SBF’s decision this summer to obtain control over BlockFi was to benefit from the troubled crypto lender’s recent settlement with the SEC—basically extending the amnesty BlockFi had received to FTX. Meanwhile, FTX’s recent tie-up with the securities exchange IEX (of Flash Boys fame) would also help SBF’s empire come under the U.S. regulatory umbrella. All of this would clear FTX to have the U.S. market to itself as the company lobbied for legislation that could have torpedoed competitors like Binance as well as the emerging DeFi sector.

external-link
*but who will regulate the regulators?* Minnesota Representative Tom Emmer says his office is looking into allegations of a conspiracy between the U.S. Securities and Exchange Commission (SEC) chairman and embattled crypto exchange FTX. According to Emmer, his office received reports that SEC chair Gary Gensler was helping FTX and its CEO, Sam Bankman-Fried (SBF), acquire a regulatory monopoly in the crypto space. The legislator did not present any evidence to back up his claim but says that his office is conducting an investigation into the matter
fedilink
6
external-link

fedilink
@leanleft@lemmy.mltoTechnology@beehaw.org•What happened to FTX and could the crisis spill over to the rest of crypto?
link
fedilink
3•
edit-2
16 Tage

galaxydigital, genisis digital, coinshares, robinhood and likely some wealthy individuals. exposure seems to be typically 5% -10% . many large entities are coming out stating that they are unaffected.
saylor, miners unknown.
update: voyager, celsius impacted.

external-link
Home building is ripe for disruption It’s time home builders explored some innovation, Lovallo told MarketWatch. “Fewer homes were built over the past 14 years” since the 2008 recession, he said, “and the ones that were built were built at higher price points, because that’s where the demand was.” “The home-building industry is still building homes today the same way they did 100 years ago. They’re stick framing homes on site, lumber is being tossed around,” Lovallo said. “It’s probably the only industry that has not seen technology infused over the past 100 years.” Constraints on labor, along with bureaucratic red tape related to land and permits, all bog down the process of building homes, he added. “There has to be some kind of change that’s brought to this industry,” Lovallo said. “But I would argue that 10 years from now, we’re going to be building homes very differently than we are today.” Even though builders are seeing cancellations rise, buyers shouldn’t expect home prices to drop significantly, Lovallo advised. Unlike the global financial crisis of 2008, when home prices fell 30%, Lovallo expects prices to remain relatively stable. Other analysts, though, are predicting big peak-to-trough declines. Because people will likely continue to work from home “over the foreseeable future,” Lovallo wrote in an Oct. 28 note, home-price appreciation may not decline significantly, barring an external economic shock.
fedilink
4
external-link

fedilink
@leanleft@lemmy.mltoAI@lemmy.ml•AI models for health care that predict disease are not as accurate as reports might suggest
link
fedilink
1•
edit-2
ein Monat

i feel like alot of people wont stop to read the article or wont understand the concepts discussed.
i found your article useful. i also trade crypto which heavily uses(or misuses) the ideas/criticism from the article.
edit: lancet, 2019: A comparison of deep learning performance against health-care professionals in detecting diseases from medical imaging: a systematic review and meta-analysis

is going to a coffeshop an option?

Why refrigerators spontaneously explode and how to prevent it.

While refrigerator explosions are still rare enough that their frequency is unknown, Neil Everitt, former editor at air-conditioning and refrigeration magazine ACR News, dubs these occurrences as "ignored disasters" and views fridges as one of the most dangerous appliances in a home. The reason: While a fire caused by a stove or other appliance is usually preceded by smoke or a beeping alarm, fridge explosions happen spontaneously and without warning, leaving residents unprepared. how can it all go wrong? Sometimes, as the gas refrigerant moves through the compressor, the back of a fridge can get extremely hot. This causes the compressor's coils to contract, and the gas can become trapped. If this highly flammable gas is not able to properly vent it builds up and can eventually burst through its enclosure. Most modern refrigerators are now backed with metal that includes a heat shield to prevent fires, but older or cheaper models may use a plastic backing. The plastic is highly flammable and, if ignited, can cause fires that develop quickly and powerfully while giving off toxic gas. if your fridge makes a choppy sound or, even worse, no noise at all, the coils could be clogged. “The easiest way to save your refrigerator is to clean the condenser coils,” Cleaning coils: https://youtube.com/watch?v=h0ytzetkjGQ
fedilink
2
external-link

Why refrigerators spontaneously explode and how to prevent it.

fedilink
@leanleft@lemmy.mltoasklemmy@lemmy.ml•What will be the next disruptive innovation?
link
fedilink
4•
edit-2
2 Monate

link
fedilink
@leanleft@lemmy.mltoasklemmy@lemmy.ml•What will be the next disruptive innovation?
link
fedilink
1•2 Monate

Probably same as reddits. But idk.

you get what you pay for

you get what you pay for

edit: sorry for the cringe

fedilink
@leanleft@lemmy.mltoSocialism@lemmy.ml•Workers are entitled to all that labour produces
link
fedilink
3•3 Monate

link
fedilink
@leanleft@lemmy.mltoFuck Cars@lemmy.ml•Opinion: If you want people to use the public transit system, punctuality is more important than both speed and frequency.
link
fedilink
2•3 Monate

I sit on a distant park bench until 4 minutes before bus is scheduled to arrive. Its very nice and peaceful.
Until nimbys chase you away with their pitchforks.

when under pressure to take in large quantities of information, taking breaks for reflection and review is probably more productive than not stopping to take breaks.
fedilink
0
external-link

external-link
Howard Center for Investigative Journalism at the University of Maryland found that lottery retailers are disproportionately clustered in lower-income communities in nearly every state. The investigation's analysis of cellphone location data shows that the people who patronize those stores come from the same kinds of communities. Over the past two decades, state lotteries have nearly doubled in size, driving a multibillion-dollar wealth transfer from low-income U.S. communities to powerful multinational companies.
fedilink
2
external-link

external-link
NUPES, which brings together Mélenchon's France Unbowed, the center-left Socialist Party, French Communist Party, and Greens, campaigned on lowering the retirement age from 62 to 60, hiking the minimum wage, and freezing prices on essential products—in sharp contrast to Macron's alliance, which is trying to raise the retirement age to 65 and has reduced the corporate tax rate, exacerbating economic inequality and insecurity.
fedilink
8
external-link