At some point you run into the issue of virtual particles: Matter-antimatter pairs that arise from the intrinsic energy in any space, popping into existence for an unimaginably short time before turning back into energy, happening everywhere in the universe uncountable times per second.

If they can hold a perfect vacuum, aka truly NOTHING, then that’d actually be something worth paying for.

Literally selling nothing in a disposable plastic box. As a "joke". An incredibly environmentally unfriendly joke.

Literally selling nothing in a disposable plastic box. As a "joke". An incredibly environmentally unfriendly joke.

While that’s true, his science stuff is still okay and pretty easy to follow along with (meaning, easy to fact check). You can consume someone’s scientific content without liking their political beliefs at all, because this field of science, physics, is objective.

If you stay on an Invidious instance like the link I’ve posted, you also get no ads, so you don’t give him ad revenue if you just really hate his guts.

Don’t even bother. Just watch them slowly whither away from radiation toxicity. A way worse fate than getting blown up!

I mean, this was a pretty cool concept for world building and fiction. I’d love to read that novel or webseries if the /r/worldbuilding poster went forward with this concept. Not so much IRL though.

Skyscraper that hangs from asteroid -BUSTED!

external-link
Continuing the theme of Castle in the Sky for the Ultra Rich.
fedilink
4
external-link

Skyscraper that hangs from asteroid -BUSTED!

external-link
Socioecinomic crisis solved everyone! Just build a castle for the ultra rich in the fucking sky, so they never have to touch those disgusting commoners!
fedilink
12
external-link

external-link
Congratulations, you picked the most inefficient shape possible for a city. They keep saying how liveable this will be, but it will 100% be Billionaires Row 2.0, built atop a foundation of peanut wage workers. Wouldn't be surprised if they're planning a tunnel underneath so the peasents can scuttle around without the real residents having to look at them. Peak Saudi Arabia.
fedilink
10
external-link

external-link
I think the most sad part is that he'll always be able to do this and make way more money than he deserves to, even this video admits as much. YouTube can't give two shits, there's basucally zero legal regulations for content creators other than specifucally regarding sponsorships and porn/obscene content which wouldn't apply to him, and he targets kids who will always click on his videos through no fault of their own because they don't know any better.
fedilink
1
external-link

The Incredibly Satisfying Death of Buzzfeed

The Incredibly Satisfying Death of Buzzfeed

The ACE Family Deserve Their Failure

The ACE Family Deserve Their Failure

How MOST 16" Macbook Pros often kill themselves & why they're unfixable

How MOST 16" Macbook Pros often kill themselves & why they're unfixable

apple authorized store closes without giving customers back their devices

apple authorized store closes without giving customers back their devices

Biden argues with inflation numbers; this is just sad....

Biden argues with inflation numbers; this is just sad....

A single-use vape with a charging port, just to tease you.

A single-use vape with a charging port, just to tease you.

Microsoft is showing ads for Microsoft 365 in Office 2021

Microsoft is showing ads for Microsoft 365 in Office 2021

“There’s no problem. Continue as you were. Non compliance is forbidden.”

A lot of really famous universities have SUPER fucked up histories. Wait until you read about how many of them resisted a lot of social justice movements like admitting coloured people or women, not that long ago (and even if they’ve always said they’re inclusive, the admission demographic stats throughout their history speaks for itself). A lot of white supremicist professors in the past too that have been quietly swept under the rug.

Suddenly the cryptobros don’t like the fact that anyone can use it anymore.

Pedophiles paying for CP and murderers paying for hitmen? That’s just the cost of currency freedom, apparently (not making it up, I’ve seen cryptobros defending both under the guise of if you suppress them you suppress everyone). But a country the US hates paying to feed its people? Now that goes too far!

God complex and liking to hear themselves talk. 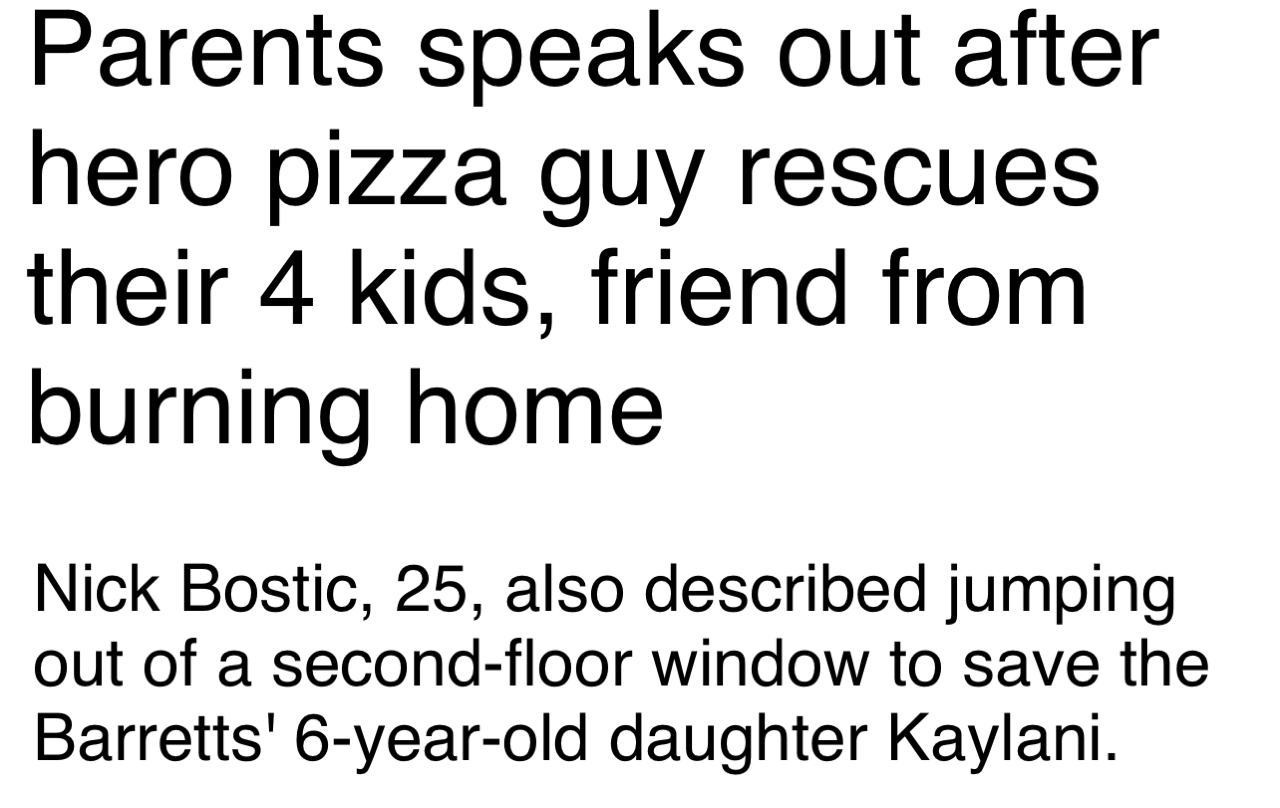 link
fedilink
AgreeableLandscape☭toWorld News@lemmy.ml•DPR announces the death penalty is on the table for the nazis
link
fedilink
3•6 Monate

link
fedilink
AgreeableLandscape☭toWorld News@lemmy.ml•DPR announces the death penalty is on the table for the nazis
link
fedilink
3•
edit-2
6 Monate

As for the first part of your comment, no. Being in the official military of a country is not a crime or entering into a criminal conspiracy, so if a soldier goes rogue and decides to do something they shouldn’t, that’s only on them. However, if a commanding officer orders a war crime, and it’s carried out, then yes, everyone in the chain of command below that, and is associated with the war crime, is a war criminal. Like, say, the US pentagon ordering drone strikes on a hospital. Just trace metaphorical lines from the people that ordered it, and their subordinates, and theirs, all the way down to the people who did the actual act. Everyone that touches that tree is a war criminal. In fact, under the laws of war, soldiers have a legal duty to actively refuse any order they know to be a war crime, and it’s a separate war crime to punish a soldier for refusing to commit the original war crime. “I was just following orders” is very explicitly not a defense, IIRC this was actually passed internationally after too many Nazis used that line.

Also, an official national military is a special case where most civilian laws don’t apply, that’s why we have military law and military courts. But the same is not said for a paramilitary organisation like the Azov.

link
fedilink
AgreeableLandscape☭toWorld News@lemmy.ml•DPR announces the death penalty is on the table for the nazis
link
fedilink
4•
edit-2
6 Monate

Yes, you need to do the conspiracy, but, overt agreement is part of that. Just like a hitman simply saying “sure, I’ll kill her” constitutes entering into the conspiracy, if, say, whatever initiation oath the Azov makes you recite says anything about working toward racial purity or anything like that, that would probably count. Or, if they at any point help in any way with any of the Azov’s war efforts.

Remember that conspiracy law punishes all members of that conspiracy of every crime committed under it. If you and your friend rob a store, and your friend decides to shoot the cashier on their way out, even if they did not consult you, you’re on the hook for murder. This video has two scenes with very Layman friendly explanations by a real lawyer of how that works in the US, and what constitutes a conspiracy in general

link
fedilink
AgreeableLandscape☭toWorld News@lemmy.ml•DPR announces the death penalty is on the table for the nazis
link
fedilink
3•
edit-2
6 Monate

Also, no, collective punishment is not a thing at least in US law. Individuals commit crimes, individuals get punishments. An individual would have to agree to commit a crime for it to be conspiracy.

you do not have to have committed the underlying offense to be guilty of conspiracy. Under the conspiracy laws in the United States, if you act in concert with another individual to perpetrate a crime, you can be held liable as well.

If they take any action in furtherance of any of the atrocities of the Azov, they could be on the hook for all the crimes, depending on the exact wording of the law in the DPR.

There’s also abetting, which generally refers to calling for or encouraging the commission of a crime with the knowledge that it could result in the crime actually being committed. Given that, one, tons of Azovs are on record publicly calling for “racial purification”, and it’s common knowledge (certainly to the initiated members) that the Azov Battalion has actually committed acts toward that in the past and intends to continue, I think that would apply. Depending on the jurisdiction, aiding and abetting could well net you the same punishment as if you personally committed the crime, or some percentage of it.

None of this is legal advice BTW, but I think the vast majority of the Azov are on the hook for at least one serious offense.

link
fedilink
AgreeableLandscape☭toWorld News@lemmy.ml•DPR announces the death penalty is on the table for the nazis
link
fedilink
2•
edit-2
6 Monate

Would you say being a member of the Nazi SS in Germany is also not a crime?

You might want to read up on the common legislation and legal doctrine about conspiracy and criminal groups, including the case in the West. Namely, if a group enters into an agreement (that’s literally the legal term) to commit some crime, every member of the group is each guilty of every crime involved in the conspiracy, regardless if they participated in any part of the crime or not. It’s why entire gangs and underground societies are prosecuted for the entire group’s actions, and the Azov committed uncountable haneous crimes. Continuing to vocally identify as part of the group after finding out the commisions of crimes or future planned crimes is almost certainly considered entering into or upholding that criminal agreement.